Sign up now for our free weekly email updates.  We’ll give you the good news from our community.
Urban Views
Staying at Home Has its own Risks
Practical Tips for Caregivers Facing a Pandemic
First Responders Behind The Wall
Helping veterans and active duty military cope with...
Latika Lee’s literary lounge builds virtual community and...
Home I'm Just Sayin'Dr. T Do ALL Lives Matter?
Dr. TFeaturedI'm Just Sayin' 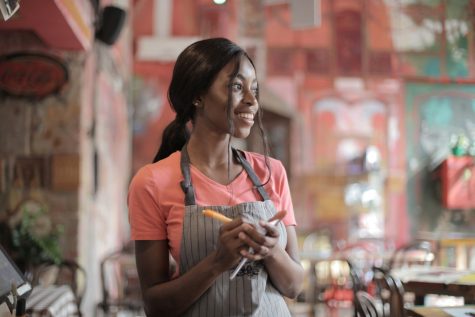 A rhetorical question is one in which the answer is implied by the question itself. It is used to create a dramatic effect or make a point. The Black Lives Matter Movement was established in the summer of 2013 following the acquittal of George Zimmerman in the shooting death of Trayvon Martin. In response to the assertion made by the organizers of the movement that Black Lives Matter, the counter narrative was immediately introduced that “All Lives Matter.” The implication inherent in this assertion is that Black lives already mattered because they are included in the “ALL.”  However, the fallacy of this claim can be easily refuted when we begin to recognize that throughout American history the evidence does not support that assertion even a little bit. This is exactly what necessitated the need to establish that Black Lives do matter and that IF “All Lives” included black people there would be no need to callout the inequality, inequity and systemic injustice of living as a black person in America.

In the 7 years since its inception, the Black Lives Matter Movement has been at the center of hundreds of protests surrounding the suspicious deaths of many unarmed Black people often at the hands of police officers or white vigilantes functioning as “deputized” community police. Unlike “ALL” other Americans, it must be noted that many people of color and specifically Black people, do not share feelings of safety and protection where the police are concerned. Instead there is a sense of intimidation and the daily fear that black children and young people will face abuse, arrest and even death at the hands of law enforcement officers who may be acting on implicit biases and/or institutionalized racism and polices based on stereotyping and assumptions about the Black community. Suffice to say black people are NOT included in the “ALL” when we are talking about the lives of the population that lives in America.

Now we are in the midst of a global pandemic where the population is separated once again by the disproportionate effects of race and class. Although the coronavirus itself does not discriminate, there is indisputable evidence that the outcomes, healthcare and subsequent death toll disproportionally effect the Black community. The mandate to keep the economy going by calling on the “essential workers” to be on the job regardless of the risk to their lives and the danger to their families and community illuminates once more that some lives matter more than other lives.

The transit workers, garbage collectors, janitors, mail carriers, grocery store workers, meat packers and other low wage employees have ALL become labeled as “essential” and MUST go to work

while others are quarantined at home. The slow response from our national leadership to the pandemic itself and the ineptness and disfunction of a coordinated united and effective reaction has made these “essential workers” more like sacrificial workers. They are working in conditions that do not protect their health and safety. They are not being given the appropriate personal protective equipment and often must supply their own, which is an expense that most cannot afford. They are putting their lives at risk for minimum wages, most without adequate healthcare for themselves or their families. We call them essential, and yet their lives are not recognized as equally valuable.

It is heartbreaking to recognize that ALL lives Do Not Matter. That is the truth. It is a painful recognition and this pandemic has let us ALL know that we cannot continue to ignore it and survive. We can’t continue to pretend that we don’t SEE what is clearly in front of our faces.