Sign up now for our free weekly email updates.  We’ll give you the good news from our community.
Urban Views
Richmonder picks Duke’s master’s program over Stanford, others
2020 graduates tag memories while touching hearts
As COVID-19 Phase 3 Vaccine Studies Begin, We...
Financial guru offers tips for fiscal health during...
The Impact of COVID-19 in Our Community: Let’s...
Home WritersBonnie Newman Davis Staying at Home Has its own Risks
Bonnie Newman DavisFeaturedFeatured News

When Virginians were told to shelter at home two months ago, most of us complied, shifting work to spaces anywhere in our homes that allow us to think, tinker and get things done.

If you’re like me, a single, working woman and mother who has spent the last four decades working at breakneck speed to build a rewarding and relatively successful career as a journalist, academician and media consultant, you relish time to focus on one of the reasons you work so hard: Your home. It’s the one place you can (or should be able to) retreat after a strenuous day and emerge rejuvenated.

Spending more time at home – or “sanctuary” as I like to call it – has been a constant for many of us in an effort to curb the spread of the deadly COVID-19 virus, which thus far has been diagnosed in 1.6 million Americans, resulting in nearly 100,000 deaths. In Virginia, approximately 1,200 people have died from the virus.

As one who has natural homebody tendencies – I cook, craft, devour décor and enjoy gardening – staying put was a no-brainer. However, living my best life at Bonnie’s B&B can be costly.

Time to ponder and pay for a deck in need of fresh paint, a roof with missing shingles and an HVAC system that’s gone haywire can quickly deplete one’s cash flow. Tree trimming, lawn care and routine home maintenance can further pierce a budget.

Where am I going with all this? 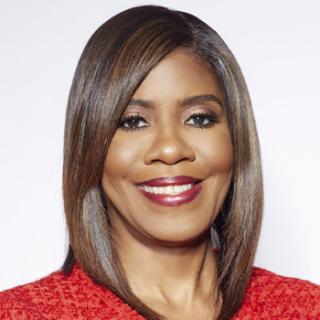 Nowhere, apparently, in the near future because, while many states, including Virginia, slowly are reopening, it will be a while before I venture out. Trust me, I’m ready to get out, be entertained and travel.  And, as much as I detest spending hours in a hair salon, I now welcome that option. Church on Sunday in a real pew rather than viewing services on TV from my couch?  Amen.

Yet, I believe that indulging in any of those activities – for now– puts me and others at risk.  So staying at home “fixer-upper” style has become my sidekick.

Be warned, however, that staying put is not absent of risks.  A recent example is the trepidation I experienced when interacting with a young man from Honduras who I hired to trim my trees and revive parts of my neglected lawn.

Despite his friendliness and courageous work that involved climbing sky-high trees with a chain-saw dangling from his hips, the young man was not wearing a mask, something that medical and governing authorities continue to encourage to lower the risk of  the virus spreading.

Although I was wearing a mask, I felt uneasy speaking with the young man, the same as I feel when other shoppers get too close in the grocery store. It did not help matters when he coughed.

“Pollen,” he said, probably noticing the side-eye or two that I gave him.

Had my high school Spanish been better than “muy bien” and “gracias”, I would have admonished the young man about not wearing a mask. Instead, I maintained as much distance between us as possible.

Which brings me to this point. Workers such as these “aerial artists” who routinely risk their lives to earn a living under “normal” working conditions aren’t likely to call it quits during a pandemic despite numerous reports that show service-industry employees are at greater risk of being exposed to the COVID-19 virus. 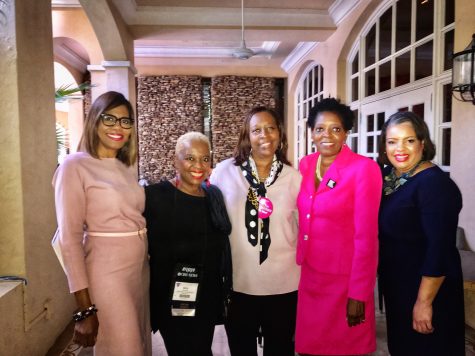 A recent Centers for Disease Control and Prevention report notes the following:

Fortunately the medical community, news media and some politicians are making known this disparity by addressing it en masse, and the prominent voice of Dr. Patrice Harris, the first African American woman president of the American Medical Association, https://www.ama-assn.org/about/board-trustees/patrice-harris-md-ma  has emerged during this crisis.

I was pleased to meet Dr. Harris last August in Miami when we both attended the annual convention of the National Association of Black Journalists.  Dr. Harris led the riveting convention session,  “Health Equity in Your Community.” Little did any of NABJ’s attendees know that, six months later, Dr. Harris would join a cadre of medical professionals whose added responsibility would be to walk us through the worst pandemic in 100 years.

Fast forward to a May 7 NABJ webinar when Dr. Harris discussed some of the reasons minorities disproportionately are impacted by the virus. Underlying health issues such as diabetes, hypertension and obesity are factors, as well as housing and economic and social structures, including discrimination, she said.

“I spent the first couple of weeks of this pandemic in my personal role as a family member and friend dispelling some of the many myths that were out there, particular around  the AA community,” Dr. Harris told the webinar attendees. “I had to say multiple times that ‘Yes, African Americans can become infected with Covid.’ So again, it’s important to combat misinformation and disinformation because everyday we are learning about the disproportionate impact on African Americans in our community and our nation at large.”