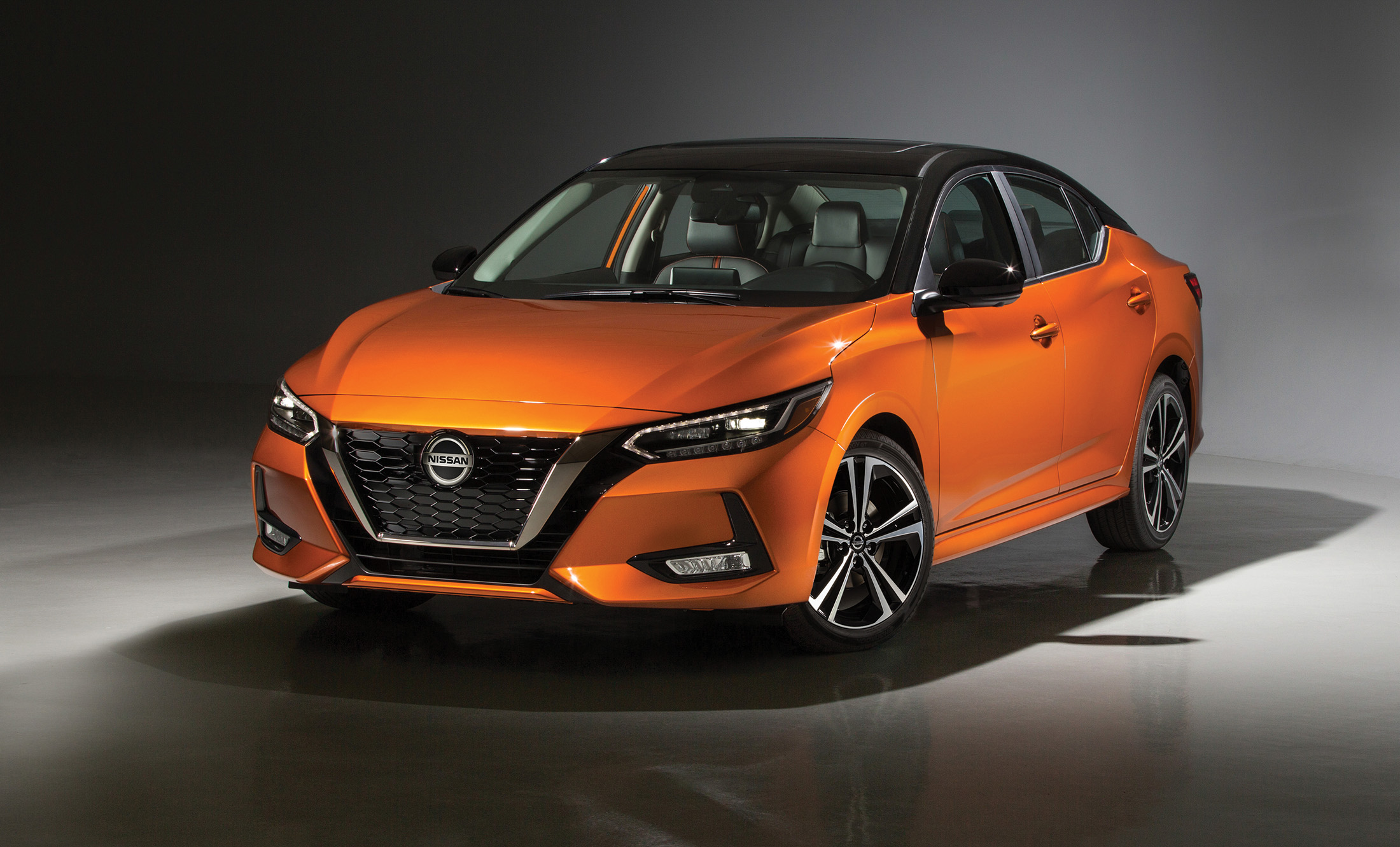 A fresh design for the Nissan Sentra makes it look more likes its upscale big brother, the Maxima.

Historically Nissan’s most popular model, selling more than six million copies since its debut in 1982, the Sentra sedan gets an all-new design this year.

While it’s forfeited Nissan’s sales crown to the Rogue crossover in recent years, the freshly designed Sentra makes a compelling case for people who don’t want the height or bulk of an SUV-style vehicle.

As a whole, the new Sentra feels more sophisticated and refined than the old one, starting with the way it looks.

The overall shape is lower and wider than before, which gives it a sportier look from every angle. Styling seems heavily influenced by the eye-catching and much more expensive Maxima, and I especially liked the two-tone look with black accents on my tester.

Inside, the new Sentra seems to aim for luxury in the normally stripped-down segment.

The standard Zero Gravity seats make a legitimate difference, feeling noticeably more comfortable than most cars over long trips. And the new cabin design exudes a sense of quality that the old one lacked, especially on the higher-end trims with contrasting stitching and optional quilted leather.

Its driving experience is upgraded to match the snazzy new looks, too. 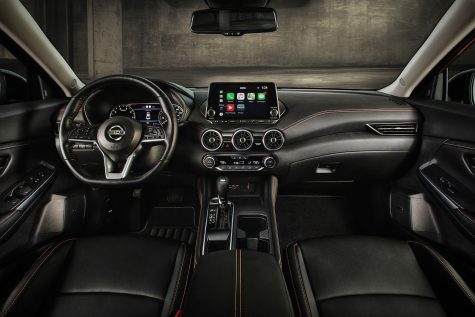 The Sentra’s overall upgrade for 2020 extends into the cabin, where a modern layout and comfortable seats help it stand out.

From the driver’s seat, the 2020 Sentra feels snappier and more responsive now, at least partially because of the lower center of gravity. The steering, suspension and brakes have been tuned for a sportier feel, yet the cabin remains wonderfully silent at highway speeds. It’s a good combination.

The engine is also bigger and more powerful, an unusual and refreshing change when so many cars seem to be downsizing their power plants for better fuel economy.

The new 2.0-liter, four-cylinder engine makes 149 horsepower, a 20-percent improvement over the outgoing 1.8-liter version. It’s still rated for an impressive 39 miles per gallon on the highway, too, at least with the S and SV grades. The SR grade drops that number by 2 mpg.

Unfortunately, the upgraded engine is paired to a continuously variable transmission (CVT), one disappointment in an otherwise spectacularly rewarding car. The CVT is a big reason for the good gas mileage, but it saps much of the fun out of the driving experience.

It takes an otherwise sharp-feeling car and dulls it down.

There are only three trim levels and two option packages in the Sentra’s simplified lineup, including the base S grade with 16-inch wheels, remote keyless entry and push-button start.

Finally, the SR adds 18-inch wheels, LED lighting and a racier look with dark chrome trim, orange stitching on the seats, a rear spoiler and lower trim on the sides of the car.

When they cut off the breath of one of us, the rest of us must breathe bigger