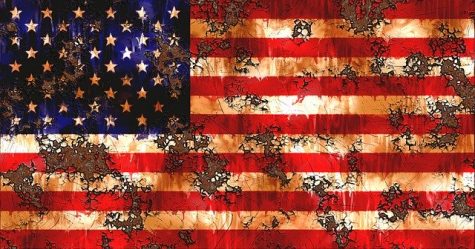 America remains in a “state of urgency.” We find ourselves in need of critical care for our national, physical, mental, spiritual, ethical and judicial health and well-being. At the moment, we are simultaneously immersed in the depths of a pandemic called COVID-19, while at the same time wrestling with the “old familiar ghosts” of the past as well as the unmasked Truth, that we are NOT One Nation nor has the United States of America ever fulfilled the hope and vision of her promise. Protests have been happening all over the country and all over the world. People are protesting and flooding the streets, blocking interstate highways, defacing public and private property, which have been (primarily) symbols of the Confederacy and/or homages to leaders of the insurrection called the Civil War.

Whites are suddenly becoming “aware “of the insidious and imbedded racism that is the foundation on which America was built. Anti-Black Racism and White Supremacy permeate every system, institution and political structure that is a part of the American cultural landscape. This “new” awakening to the fact that Black peoples’ experience and intersection with every aspect of the American socio-political continuum is qualitatively different from the white American experience, has long been clearly understood by Black Americans. As Dr. Martin Luther King, Jr once said, “The price that America must pay for its oppression of the Negro is the price of its own destruction.”  And here we are once more at the dawning of a “new” consciousness by white Americans.

This story is old. It has been told before. It happened after the brutal lynching of Emmett Till in 1955 when Mamie Till-Mobley, his mother, insisted on an open casket funeral and allowed the media to document it for the entire world to see. It happened again on Bloody Sunday March 7, 1965, when the media documented the brutalization of hundreds of peaceful marchers attempting to exercise their 1st Amendment rights in an effort to gain access to the ballot box and, the right of full citizenship guaranteed by the 14th Amendment. These peaceful marchers were assaulted by state and local police that overran them and literally beat them down. They critically injured hundreds of people cracking skulls open, and ruthlessly unleashing attack dogs maiming men, women, and children. It happened again in 1992 when the LAPD was caught on video tape mercilessly beating, stomping and kicking an unarmed Rodney King in the streets of LA. It happened again on August 9, 2014, in Ferguson, MO when unarmed teenager Michael Brown was gunned down by police officer Darren Wilson. Michael Brown’s dead body was left on the hot pavement for over 4 hours serving as some type of intimidation tactic and demonstration of Police domination over the Black community. Armed with cellphones, the community documented the brutality and posted it to social media for the entire world to see. Two years before Michael Brown’s murder in Ferguson, Trayvon Martin was murdered by George Zimmerman, a community vigilante, in Sanford, Florida on February 26, 2012.  There were no cameras to document the encounter and George Zimmerman was eventually acquitted of all charges. In response The Black Lives Matter Movement was established in July 2013 to CALL OUT Systemic and Intuitional Racism in the USA and to bring attention to the countless acts of violence resulting in the deaths of too many

unarmed black men and women by those appointed to “protect and serve.” The Black Lives Matter Movement was calling out the criminal justice system, the over-policing and racial profiling of black and brown communities, and Once More the State Sponsored Terrorism exacted on the bodies and lives of Black people in America with impunity.

So, you see White America has had the privilege of having their consciousness pricked throughout the years time and time again. And although there have been some changes, The Civil Rights Act of 1964 and The Voting Rights Act of 1965, there STILL has been NO real effective or substantive changes made to the structural and systemic racism that has made America a sick and dysfunctional nation for hundreds of years. This is a travesty for a nation that touts Equal Justice Under the Law as a fundamental tenet of its democracy. So, here we find ourselves AGAIN….but it goes without saying that “CONSCIOUSNESS IS TEMPORARY.”