Submitted on behalf of Changeisonus.org

“The Equality in Policing Act (formally named The Uniform Reporting Law Enforcement Improvement Act (URLEIA)) has everything we need to retool America’s system of policing on a national level,” states Jerroll Sanders,President of non-profit, ONUS, Inc. 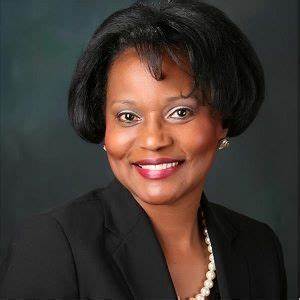 She explains that the POP data bank will provide a treasure trove of data to characterize the performance of individual officers and policing entities, including the nature of police stops, tickets issued, use-of-force events, complaints, officer disciplinary actions and other important data, broken down by race, age, and gender.

Sanders says police officers will log into the POP data bank using smart devices and furnish real-time data on their interactions with the subjects of their policing actions. The public also will be encouraged to use POP’s online function to lodge complaints against officers who violate citizens’ rights and commend those who protect and serve.

Sanders contends that the data gathering function in POP will be far more reliable than the function proposed in the Democrats’ Justice in Policing Act when it comes to identifying and weeding out problem officers. The POP data bank will analyze data entered, identify problem officers and use the “unfit indicator” to prevent problem officers from ever again working in law enforcement anywhere in the United States, Sanders adds.

Sanders says that URLEIA also introduces a national use-of-force statute, imposes limitations on the number of hours police officers can work, ends forprofit policing, establishes and tracks completion of rigorous training requirements, penalizes officers who fail to disclose misdeeds of other officers, portrays financially how policing is impacting communities of color and stems the tide of mass incarceration.

Another huge benefit of URLEIA is its accountability mechanisms, which Sanders explains includes in-field monitoring to prevent officers from fraudulently laying claim to contraband and transporting “throw-downs.” She says that UREIA also prescribes inventory management standards for safeguarding seized property and evidence stored at policing entities.

With respect to citizen involvement in policing, Sanders asserts that URLEIA’s Office of Civilian Oversight and Accountability (OCOA) provision amounts to community control of the police on steroids. She also notes that foes of policing reform will likely attempt to erode URLEIA’s effectiveness over time. In anticipation of such efforts, Sanders reveals that URLEIA has built-in safeguards to combat and defeat such efforts.

According to Sanders, who drafted URLEIA in 2015, she and parents of children slain by police officers lobbied Democrats and Republicans numerous times on Capitol Hill seeking sponsors for URLEIA. She adds that the Democrats recently introduced Justice in Policing Act harvested some of the “shiny” provisions of URLEIA but left on the cutting-room floor provisions that would save black people’s lives. “We must right size the solution to fit the problem,” Sanders states.

She adds that “America’s policing culture is cemented in dysfunction. To structurally change policing, we must dig into the bedrock of America’s policing foundation, install new pillars and standards and build, day-by-day, a new policing structure based upon URLEIA’s abiding principle,” which is The Obligation to Preserve Life and Prevent Injury, Sanders concludes.

The Myth of the “one bad apple”