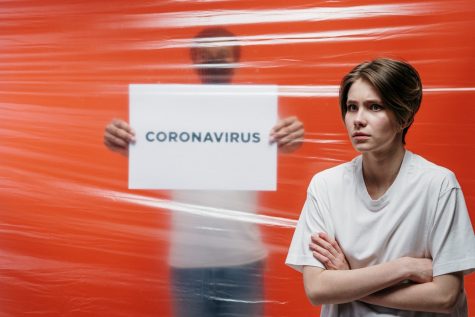 Although the Commonwealth of Virginia seems to have been able to bring down the rising number of new cases of the coronavirus over recent weeks and flattened the curve, which has enabled us to move into a phased reopening of the state and business community, Virginia is not out of the woods. Doctors and scientists are unanimous in their assessment that the pandemic is going to be with us as a society well into the future. So, why would the current administration and the President of the United States be attempting to take away the healthcare of millions of Americans during the worst health crisis we’ve seen since the 1918 Influenza Pandemic where over 550,000 American citizens lost their lives?

The president and the GOP have been attempting to declare the Affordable Care Act (Obamacare) unconstitutional through the judicial process. This is happening right now, at a time when there are over 2.5 million confirmed cases of the coronavirus in the U.S. and over 127,000 American citizens have lost their lives to the virus. Our healthcare system has been stretched beyond its limits and healthcare providers and frontline workers have been sounding the fire alarm for months.

Adding to this acute crisis, our nation is struggling under the weight of a long overdue reckoning with its historic legacy of racism and systemic oppression. White America’s eyes are slowly being opened to the clear and continued racial trauma, injustice, and state-sponsored murders of its black and brown citizens with impunity. All of which is wholly discordant with the principles of “Equality and Justice for All” that the United States of America has declared since its inception. And the Whole World Is Watching!

Why has the U.S. government been so utterly inept at dealing with the coronavirus, having implemented NO coordinated national response? Nothing at all? Looking at the horrendous response this government had to national disasters such as Hurricane Maria and Katrina, there are some sickening similarities. The people most severely affected by those disasters were black and brown people. It is well-documented that Black people are disproportionately affected by COVID-19, both in reported cases and deaths and the Latinx community is not far behind.

The racial disparity that is fundamentally connected to a history of low income so-called “essential workers” including migrant farm workers and factory workers, as well as the economic deficiencies tied to the legacy of housing discrimination, education, healthcare, and the criminal justice system are all well-documented. This includes the administration’s inhumane and intentionally cruel response to the exploding immigration crisis at our southern border by imprisoning, for months and years, thousands of people seeking asylum and a better life for their families in the U.S. ICE and DHS have separated thousands of children from their parents and held them indefinitely in detention, including infants and very young children, holding them “caged” in conditions that most Americans would not tolerate for their household pets. It is not a coincidence that our government and our president is all but ignoring the national health crisis in which we NOW find ourselves. It’s not serendipitous.  It’s Racism.

The benign Neglect, Outright Denial and Obfuscation of the FACTS with regard to this public health emergency is both insidious and diabolical. The horrific and institutionally racist criminal justice system in service to the prison industrial complex is housing, right now, in prisons all over the country over 2.3 million people who are in essence living in a petri dish of COVID -19. Many of these people will most assuredly get sick and die due to the intentional racist policy and practice of THIS president and THIS administration. They are predominately BLACK and Brown bodies. It is a willful and deliberate neo-genocide that will be yet another dark mark and stain on the history and legacy of America the “Beautiful”?

During the COVID-19 Pandemic, Is Prison ‘A Death Sentence’ for Correctional Staff and Our Communities?