During the COVID-19 Pandemic, Is Prison ‘A Death Sentence’ for Correctional Staff and Our Communities? 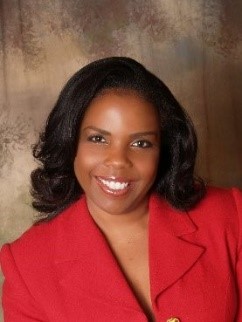 What happens in prison does not stay in prison. The cell blocks and bars give us a false sense of containment. Nothing could be further from the truth. According to the Justice Department,

“The average time served by state prisoners released in 2016, from initial admission to initial release, was 2.6 years, and the median time served was 1.3 years.”

As a former medical director in a jail, I know that a constant flow exists between a correctional facility and a community. This back and forth includes cultural trends like saggy pants which became fashionable in the 1990’s. It can also include diseases, such as COVID-19 and before that HIV, carried by people in prison and correctional staff.

What happens in the correctional setting during a pandemic?

Despite reports that the top five largest hotspots are in correctional facilities, it turns out the answer is not enough.

Our biggest tool to tackle coronavirus is social distancing. Creating space between people, wearing masks, washing hands and keeping them away from our faces can reduce the spread outside prisons. But inside the barbed wires, lawsuit after lawsuit documents the hurdles correctional facilities face with these tactics from overcrowding to shortages of personal protective equipment and cleaning products, such as masks and soap.

There have been a few high-profile releases, such as former Donald Trump lawyer and “fixer” Michael Cohen and Ray Nagin, former New Orleans Mayor. Many more releases are needed. Too many people at high risk for COVID-19, due to age or underlying medical conditions, and with only months remaining on their sentence remain under lock and key. For almost half of Americans, or 133 million people with a chronic disease, such as cancer, diabetes, hypertension, heart disease, arthritis, obesity or oral disease, the coronavirus may be deadly.

It is hard to understand why any taxpayer would want to be responsible for expensive COVID-19 medical care of a person who has not been found guilty of a crime and just could not pay 10 percent of bail money. If not for people behind bars, consider the safety of correctional staff, doctors, nurses, guards and their families.

On Facebook, head of the sheriff’s deputy union Randall Crawford posted that “Working in Wayne County Jail has now become a death sentence.” His comments followed the deaths due to COVID-19 of the medical director, emergency specialist and jail commander. Among New York City’s 9,680 mostly black and brown officers, 1259 tested positive. These high rates of COVID-19 are reflected in their neighborhoods. The guards have a higher rate of infection than the population at Rikers. And that’s saying something.

New York City’s jail is a hotspot within a hotspot. Although the Empire State has the largest number of cases, this should not distract from the dizzying number of infections among people in correctional facilities. As the number of COVID-19 deaths exceeded 100,000, “at least 43,967 people in prison” have the virus. This infected population is larger than the population of Selma, Alabama or Key West, Florida. Five states – Ohio, Tennessee, Michigan, California and New Jersey — account for most of the infections in correctional settings. Estimates of COVID-19 cases and deaths are undercounts. Some states do not test regularly in prisons. Most have not tested people who do not show symptoms of the disease.

If nothing changes, prisons may become an unwitting ally and engine of community spread of the virus. To avoid this outcome, correctional administrators and the courts should strictly follow the CDC’s new guidelines.

“Ramping up cleaning and hygiene reminders” are a good start. Limit transfers between prisons. Screen everyone coming into a facility. Practicing social distance in prisons means managing distance in lines and staggering meals among other steps. Know the non-respiratory symptoms of the virus. And the last prevention step is to implement no-contact prison visits.

We need to demand full compliance with this guidance and personal protective equipment for people in prison and correctional staff. We are all in this global pandemic together.

Valda Crowder, MD, MBA, is a Board-Certified Emergency Medicine Physician who serves as Chair of the Health Committee for Black Women for Positive Change.