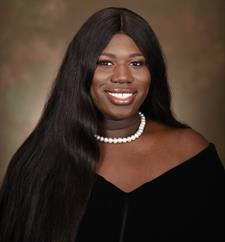 Dorcas Yaa Yeboah Gyekye traveled from Cambiago, Italy at age 4 to live briefly in Kyebi, Ghana, the birthplace of her parents. They left the West African nation a short while later, bound for the United States. The Gyekye’s desire for their three daughters to get a good education landed them in Henrico County where, four years ago, Dorcas Gyeke graduated from Tucker High School’s Advanced College Program.

“Our parents wanted us to have choices they didn’t have,” says Gyekye, 22. “The goal is go to college, get a good job, make good money.”

A Coca-Cola First Generation Scholarship paid her full tuition at Spelman College, a historically black college for African American women in Atlanta. Gyekye recently graduated from Spelman with a degree in education studies and a 3.6 grade point average in her major. When deciding where she would attend graduate school, Gyeke’s choices were plentiful, thanks to the Institute for the Recruitment of Teachers.

IRT recruits outstanding students of color who are committed to diversity, counsels them through the graduate school application process, and helps them secure funding for graduate school. Gyekye’s participation in the IRT program led to her acceptance into graduate programs at nine major universities: Brandeis University, University of Maryland, Tufts University, Boston College, Stanford University, Duke University, Brown University, Vanderbilt University and Teachers College, Columbia University. Gyekye received full scholarships to Duke, Boston College and Brown. She chose Duke, where she already is working toward a master’s degree in teaching with a concentration in social studies.

“I was leaning toward Boston College because I felt like my education aspirations aligned with it. But after my program interview at Duke, I just felt a lot of love for the South, black people and the culture,” says Gyekye.  “Plus, the (program) director knew so much about the history of black people in Durham, N.C.” 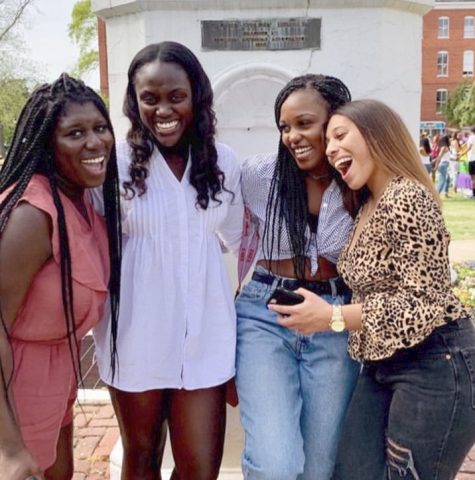 Gyekye also was impressed by the pride among Durham’s black and Latinx population, but concerned that students from those racial groups tend to have lower test grades than their white counterparts.

“That sparked my interest,” she says. “I learned that a significant number of white families in Durham don’t send their children to Durham Public Schools. So I saw an opportunity to seek equity in education.”

When Gyekye entered Spelman, her focus was on biology and health sciences rather than education and teaching.

“Growing up, being African and an immigrant, career choices were limited,” she says. “You could become a doctor or lawyer. There wasn’t much room for anything else. That’s what was presented to me.”

However, Gyekye’s dislike for science left her “miserable and struggling,” she recalls.

During middle and high school in Richmond, Gyekye had gained teaching experience by working with young people at her church, either prepping for SOL exams or studying for college SATs. While at Spelman, Gyekye was president of the AUC African Students’ Association and also traveled to Santiago de Cuba with the Education Department, served as a Spelman Student Ambassador, and an intern for the Atlanta Pubic Schools’ Office of Gifted and Talented Education.

“I didn’t know many people who went to college out of state,” she says. “My first and only visit was Spel-Bound (a weekend event for students admitted to the college). It definitely exceeded my expectations. Seeing me now when compared to my freshman self would be like ‘how’? Because there has been so much growth in me.”

have all these professors who are black women with Ph.Ds who are very well versed. It didn’t click for me until this year how black women have committed their lives to doing this work.

“On the flip side, my education professors weren’t just professors,” she adds. “We could go into their office whenever we wanted just to talk. I am grateful for their feedback and criticism because they would drag you when you needed to be dragged.”

“Having no graduation ceremony—it makes things feel kind of unfinished,” she says. “I’m trying to get in the mindset that my time on campus is over. It’s hard to close that chapter. They (campus administrators) did a good job in sending regalia, a beautiful slideshow—we saw so many of our sisters and so many people have been supportive.”