Sign up now for our free weekly email updates.  We’ll give you the good news from our community.
Urban Views
Camp Diva Girls For A Change host annual...
High School and College students from across Virginia...
Election 2020: Number of Black Women Congressional Candidates...
Virginia Sales Tax Holiday is This Weekend
Summer Home & Garden
Home I'm Just Sayin'Dr. T Are WE the People or the Subjects?
Dr. TFeaturedI'm Just Sayin' 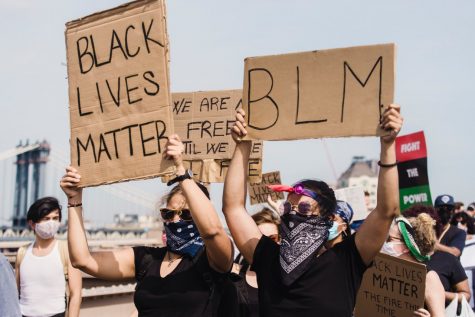 What we are witnessing on the streets in American cities is without question what authoritarianism looks like. Let us no longer quibble over the semantics. The slide towards Fascism has indeed arrived in living color under the bright light of day. Case in point, Lafayette Square, June 1, 2020 when the National Park Police used excessive force including tear gas and rubber bullets to clear peaceful protestors who were exercising their 1st Amendment Right, in order to allow The President of the United States to have a photo op in front of an historic church on the other side of the square.

The tired and overused idiom of “Those who don’t know their history are destined to repeat it,” has never been truer than it is today. America is a nation birthed out of protest and the demand for FREEDOM from authoritarian rule. The Boston Tea Party involved violence, lawlessness, and destruction of property! “Give me Liberty or Give me Death!” was radical and relentless in its assertion! All of this is much like the struggle for equality and justice throughout The Civil Rights Movement of the 1950s and 60s, and the modern-day Black Lives Matter Movement! However, it needs to be noted, for the record, that both The Civil Rights Movement and The Black Lives Matter Movement are historically non-violent movements. So where is the violence coming from?

Let us remember that Dr. Martin Luther King, Jr was murdered when he began to address the legacy of economic injustice and inequality. When King spoke of the poverty among both Blacks and whites, he began to engage a coalition of the poor and disenfranchised in a movement much broader in scope than just the language of racial inequality and injustice that the Civil Rights Movement had been founded upon. But even more effectively, he spoke to the possibility of actually “becoming” that more perfect union by mobilizing The People (ALL) of the People in search of that more perfect union to not only “Have A Dream” of a time when All people would join hands together in Freedom and Justice for all, but to SEE the bonafide “Vision” of that “dream” in the Poor People’s Campaign. The power of a People’s campaign against economic injustice as well as racial inequality so threatened the institutional power structure that the movement had to be stopped! And by killing the leader of the movement, those powerful forces were indeed able to hobble that movement, and the struggle it demonstrated. Dr. King’s assassination within years of Medgar, Malcolm and Bobby did (for a period of time) bring the Civil Rights Movement to a slow crawl instead of the majesty it had experienced only a few years prior with the March on Washington.

The insidious nature of the power structure of white supremacy and the institutional and systemic strangle hold it has on every single institution, policy, practice, structure and system within the governance of the United States of America should be terrifying to every single American citizen who believes in the Great Experiment that is what America is and has always been. Because if “We the People” cannot Stand, then the nation we believe in cannot exist and the experiment it was founded upon will have been a colossal failure.

The Gestapo-like tactics being employed by the President and the U.S. Government has thrown some of our great American cities into chaos and violence and has effectively dimmed the white-hot light that, a few weeks prior, was solely on The Black Lives Matter Movement. I wonder why? The POTUS is the great Distractor-in-Chief and his tactics are as clear as the noon-day sun. IF Powerful coalitions of “We the People” can unite with common purpose and resolve across racial , political, social, economic, religious, ethnic, gender and sexual identities, to proclaim in a unified voice that BLACK LIVES MATTER, it challenges the very foundations of White Supremacy. And THAT is WHAT an UN-identified Military Combat Force in un-marked vehicles, throwing smoke bombs and tear gassing “We the People”, throughout America’s urban centers is all about! Ultimately, we are in a struggle against abject tyranny. So the question is, Are WE THE PEOPLE OR are we the subjects?

Nonprofits: How do we take care of our own?