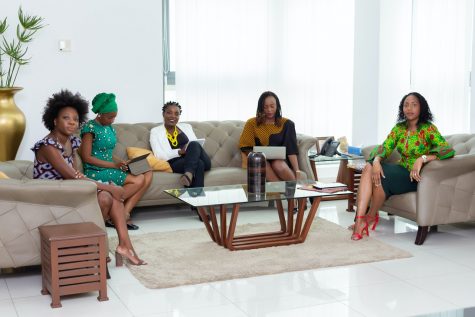 In a matter of days, the Democratic nominee for President of the United States, Joe Biden, will choose his running mate for Vice President. In fact, by the time this column is actually published, we may already know whose name will be on the ticket with Biden for the 2020 election. Although there have been 2 other occasions where women have been chosen as the VP candidate, the multicultural array of supremely qualified women of color being considered in this electoral season is indeed historic. In 1982, Walter Mondale picked Geraldine Ferraro as his VP pick and in 2008 John McCain famously picked Sarah Palin. However, in this election season more than half of the women being considered to be a “heartbeat away from the presidency” are women of color including two sitting U.S. Senators, a former National Security Advisor to President Barack Obama, two sitting Representatives in the U.S. Congress, a sitting mayor of a major southern city, and a former gubernatorial candidate for governor, who is also a vociferous advocate and organizer for voting rights. All of these women have more experience and qualifications for the job than the current occupant of the White House, period.

As black and brown girls growing up, we were often reminded that we had to be “twice as good to get half as much!”  My father would say you are Black AND a girl! So, you have to work harder to get to the front of the line and you cannot afford to make mistakes. In other words, just to get into the room, “WE” had to be “Exceptional.”  We could not just be good or even just better than our white counterparts. We had to have ALL of the credentials and I mean ALL of them!

As women continue in the struggle for equity and inclusion in every level of society, politics, arts and culture, it is clear that the deck continues to be stacked against us. Women are evaluated differently than their male counterparts and are assessed in much more subjective ways than men. This type of subjugation often reveals itself as the so-called “likeability” quotient. Women are judged by external factors much more often than by their actual credentials and qualifications for the job. When women are assertive and knowledgeable, they are tagged with being “too ambitious” or too shrill or strident which is equated to her “likeability” quotient. Women are assessed by the way they dress or wear their hair, by their vocal quality or the “tone” of their voice. Women are often told not to be so emotional or demonstrative when they speak and are often advised that they need to smile more. These are NOT things that their male counterparts have to deal with as they navigate the political landscape in business, academia or in government. Women are often interrupted or ignored when they speak and frequently patronized by men who do not want to recognize their expertise or value their voices as equal, and their perspectives as necessary to the discourse at hand. “She’s just too… arrogant, stubborn, opinionated or strong!” She’s just too much!

Now, ALL women deal with these dynamics. However, Black women are more frequently the targets of these sexist and misogynistic attacks because of the intersectionality of racism, sexism and white supremacy in America. Historically, America has been accustomed of seeing Black women as their “caretakers”, their mammys, maids, and sidekicks. If not that fully American phenomenon, then it’s the “Angry Black Woman” meme, the sexual object, or the “B”-word that they associate with Black women. They are NOT used to seeing Black women in the highest levels of leadership positions. In all of U.S. history, there have only been 2 Black women elected to the U.S. Senate!

It was visual dissonance to much of American society to see an unapologetically, fully Black woman as the nation’s First Lady living in the White House for 8 years. Some people argue that a Black family as the First Family of the nation is the primary reason that we now have unbridled white supremacy on full display in our country! Whatever the reason, it must be recognized that America has another opportunity for major change just on the horizon. Because, if Biden picks a Black woman, she will most assuredly be a REAL Contender as a Presidential Candidate; if not in the next election in 2024, then most definitely in 8 years from now. So, for ALL the black and brown girls….Pay Attention!