Life or Death is NOT Freedom 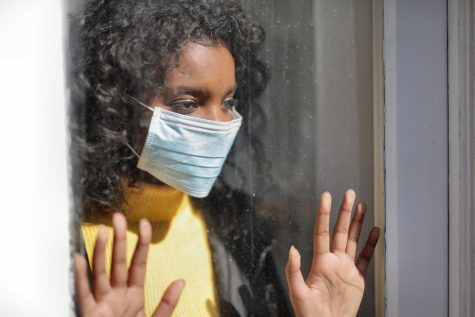 “Give me liberty or give me death!” Although Patrick Henry’s famous quote, captured from a speech he gave to the Second Virginia Convention in 1775, resonates with the American ethos of liberty and freedom, the pursuit of life, liberty and happiness should not be a binary choice. We should never be forced to choose between liberty and death as if there’s nothing in between or in the process of our pursuit of getting to liberty and freedom within a just and equitable society as our ultimate goal. However, in these times of polarization and a divided dichotomous oppositional pull between political parties, social and systemic policy, and what freedom actually means when it comes to my “rights” versus yours in America, we are at an impasse.

There are those who claim that they have a constitutional right NOT to wear a mask in public! They claim this COVID pandemic is a hoax and they do not believe what the scientists from all over the world have researched and published as what we as a society and nation can do to contain the spread of the virus, and to bring down its deadly effect on the most vulnerable people in our population. These “liberty-arians” and freedom fighters say that they have every right to believe what they believe, and they are NOT going to comply with this over-the-top dictate from state governments and municipalities that infringe upon their rights as Americans to NOT wear masks. No matter that medical professionals, scientists, and the evidence gathered over the past 9 months has unequivocally concluded; that when people are asymptomatic they are unaware that they are spreading this deadly disease to unsuspecting people both inside their own families and communities and to the general population that they intersect with during the course of day-to-day activities.

So, the question has to be asked, what about the rights of other citizens in this pursuit of freedom? Do we have the right to NOT be infected by other citizens who have no interest or care for OUR liberty and OUR Freedom to Live and Not to Die from a disease whose spread could be prevented simply by a social contract to protect others by wearing a mask in the public square?

The short answer is yes! We ALL have the right to LIVE. It is embedded in the very constitution and declaration of independence that Americans embrace as we pursue justice and equality for all people. This argument about your right to do as you please based solely on your own self-centered desires, wants and misinterpretation of freedom, liberty and justice has already been litigated many times in America.

Mothers against drunk driving (MADD) created a movement that increased awareness and legal responsibility for people who wanted to exercise their liberty and freedom to drink and drive. The U.S. Department of Transportation, using critical data and research, determined that fatalities could be drastically reduced if all vehicles were equipped with seatbelts and all passengers were required, by law ,to buckle up! They were right! Later regulations about securing children and infants in child restraint devices and car seats have saved hundreds of thousands of lives. Your personal freedoms or your “right” to NOT comply will get you a ticket, a fine, or even a jail sentence for

manslaughter if you cause an accident that kills someone, and you weren’t wearing your seatbelt. Smoking in the public square has been illegal for years due to the public health crisis that second-hand smoke creates.

In short, we live in a society with other people and our individual rights should not and do not supersede the rights of other citizens within the public square. There are responsibilities that require ALL people to consider the rights, liberties and freedoms of other people as we embrace our own. That is the social contract that we agree to when we want to be a part of a nation, a community and a society. Your freedom cannot overtake mine when the choice is LIFE or DEATH.

If you cannot wear a mask in public…you should not come out to play with the rest of us! Stay at home and be FREE!