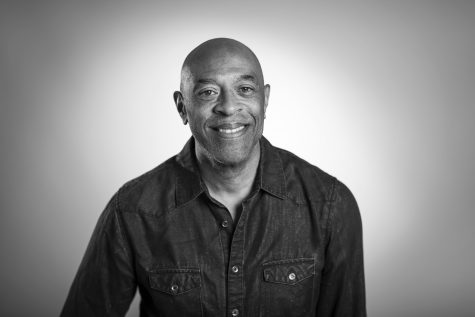 RICHMOND, VA – Aug. 19, 2020—”Danny Robinson is a role model, an ally and influencer who has made a career of lifting up those around him,” says Martin Agency CEO Kristen Cavallo. Robinson’s career trajectory is enviable and diversified and has today earned him his most recent appointment as The Martin Agency’s Chief Creative Officer.

Robinson began as a brand manager for General Foods before receiving an MBA and moving into copywriting. He eventually co-founded Vigilante, a NYC agency specializing in cultural influence. Along the way, Robinson helped orchestrate one of advertising’s most talked about and memorable brand activations: the giveaway of 276 Pontiac G6’s on The Oprah Winfrey Show, gifting pop culture with the now iconic phrase, “You get a car!” His award-winning campaigns for Johnnie Walker Black Label, Major League Baseball, Snapple and Heineken got the attention of Mike Hughes, Martin’s Chief Creative Officer and President from 1995-2013, who convinced Robinson to join Martin’s creative leadership team in 2004. There, Robinson helmed the largest win in the agency’s history, Walmart. He also applied his sharp wit to accounts including Chevrolet, Hanes, Tic Tac and OREO.

Robinson’s promotion follows Karen Costello’s return to Deutsch LA, this time as CCO. “I’m a huge fan of Danny,” said Costello. “Not only is he creatively ambidextrous, which is extremely valuable, but he’s also just a really good human who knows the importance of focusing on people and culture. I wasn’t planning to leave—my decision was a very personal one—but I love how we were prepared for it. Having a deep and qualified talent pipeline at Martin allows the agency to confidently promote from within, and I’m thrilled that person is Danny Robinson.”

A proponent of creative leadership, Cavallo laid the foundation in 2018 when she promoted Costello (designer) to chief creative officer, Robinson (writer) to chief client officer, and Jerry Hoak (art director) to ECD/managing director—all roles on the agency’s executive committee. Robinson’s move seemed unconventional for a creative director, but it leveraged his ability to build bridges between culture and brands, and between clients and creativity. The team spent the last two years working together to grow the agency’s reputation and bottom line, adding Buffalo Wild Wings, CarMax, DoorDash, Old Navy, Twisted Tea and UPS as clients.

Like his predecessor, Robinson’s appointment inks him as a first. Costello was Martin’s first female CCO and Robinson, its first Black CCO. “It’s the responsibility of leadership to set the pace of change,” said Cavallo. “We’re committed to progress, and it’s within our control to see that our actions live up to our words.”

Robinson’s reputation in the industry—enhanced by his decade-long experience as a stand-up comedian—brought him to stages from ADCOLOR (as the recipient of the 2008 Innovators Award and the 2010 One Club Award) to The One Show. While best known for his writing, Robinson’s paintings have been shown in the Virginia Museum of Fine Arts. He’s also a board chair of Feed More, a nonprofit dedicated to providing meals and hope to those struggling with hunger.

“We are the lucky ones to hold the door open for Danny,” Cavallo adds. “We just changed the trajectory of our company. How many people get to say that?”

Improve Heart Health with Daily Nutrition from a Refrigerator Staple