When You’re Standing on the Edge of a Cliff… 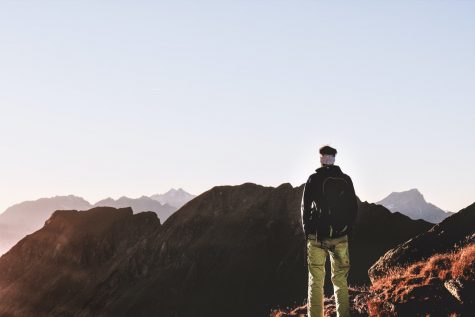 There’s an old West African proverb that says, “When you’re standing on the edge of a cliff, the wisest step to take is a step back.” Right now, there are so many things wrong with America. We have arrived at a place that has slapped us all upside the head and called us to wake up and pay attention because we are living in an historic and seminal moment as we struggle for justice and an inclusive democracy. As we begin to see our health, safety and survival as a nation at risk during a pandemic that is literally ravaging the nation, we stand in disbelief. We have lost more American lives to COVID-19 in the past 6 months than in all of the combined wars we fought as a nation, since World War II.

The state of our union is tenuous at best and rapidly unraveling at worst. We are more divided than we have been in decades and some of the rhetoric we hear in the public square, the halls of justice and The People’s House often feels more suited to the 1940s and 50s than it does to contemporary discourse or a progressive and modern-day America. It is not uncommon, these days, to hear people giving substantive credence to discourse and debate around white supremacists ideology and beliefs that many of us thought we beat back decades ago. And yet, it is also commonplace to hear conversations and declarations around the struggle to fight racism and systemic oppression with daily protests in the streets across the nation proclaiming Black Lives Matter! We must acknowledge that America is sick and the whole world is concerned about her future.

We are indeed standing on that proverbial cliff and the decline of common decency, compassion and care for one another, combined with our common national interests is becoming more frequently overlooked or cast aside as necessary and substituted by vitriolic alternative truths, outright falsehoods, and a reality-tv production value system as a replacement for actual facts, legitimate truth and a “beloved community.” Many people say that this election season is as consequential and significant to our survival as a democratic republic as the elections in the era of the Civil War. It is not hyperbolic in the least.

America is having an identity crisis. We are struggling to define ourselves or to redefine ourselves as a nation, due to the erosion of our values and our national character over the past four years. There are things that people hide because of the shame they feel, or the conflict they see in the possibility that they are doing something wrong, illegal or amoral. Morality and integrity have become almost insignificant these days in our political process and policy. It appears that whether moral or not, whether right or wrong, if you do it right out front, boldly and blatantly, THAT has become the “new” American way!

You can cheat in an election and make voting more difficult and less accessible as long as you do it openly by using the system to do it! You can use the very systems designed to lift up American citizens and include all people in a free and fair electoral process, to sabotage that same system by gaslighting people and calling the system itself unfair. All the while undermining the very processes designed to give the voting population access and ease in exercising their fundamental rights as citizens.

When there is no one to STOP you, you can turn the sacred trust the American people gave you to lead this nation into a corruption of that trust. This is indeed a perversion of servant leadership where the power to love one’s country, its principles, precepts, and its people rises above one’s self interests. Instead the

powerful “servant-leader model” devolves into a demonstration of the love of ultimate and unchecked Power and Self-Dealing.

Some people are so discouraged in America’s ability to be that “beloved community” or to live up to her promise of equality and justice for ALL, that they have decided to withdraw from the political process altogether. Young people in particular are in that number. The choice between going over that cliff and living to fight another day is REAL. Choose to participate by VOTING! Do not go over the cliff! Step back and let’s begin the struggle again and again until we WIN!

Improve Heart Health with Daily Nutrition from a Refrigerator Staple

Nonprofit leadership transition: how will you be judged, now or later