Are you politically astute? 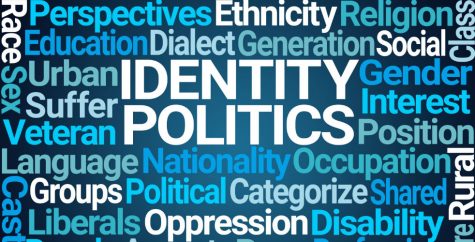 “Our survival, growth, and impact depended on the chamber’s ability to adapt to the environment, connect to partners and organizations, both public and private, that had similar objectives and missions,” McDonald shared.

That’s part of political astuteness. But, according to McDonald, you’re always growing your astuteness. “Networking, relationship building, listening, and reading are the most important ingredients to increase your ability to become politically astute. Speaking and engaging with individuals that are not like-minded also helps improve your astuteness. In order for one to be a presentable debater, one must know both sides of the issue and that requires a combination of coaching, learning and teaching!”

We also asked about the difference between “politically astute” and “partisan.” McDonald discussed the Chamber’s work with Southern California Edison who wanted support from the Chamber for an upcoming regulation change. “In this instance, we helped create awareness of the issue and got the word out about the pending issue. We were informing the community and keeping them apprised of the issue. That is different from being partisan. By definition, a partisan is someone or group attached to a political party.”

We’ve all heard about “pressure” from politicians. We asked McDonald what happens when an elected official delivers on a request? What is your obligation to that person? “By law, a 501c3 or 501c6 non-profit organization cannot endorse a political candidate.  They can however, advocate and endorse legislation. That being said, there is no obligation to that elected official. As President and CEO of the Black Chamber, I remain neutral. Under no circumstances can I grant an elected official the opportunity to use my name and the organization as an endorsement.”

Finally, we wanted to know how the Chamber navigates challenges related to elected officials associated with nonprofits in leadership positions. “For us, elected officials cannot serve as chairs of a campaign, heads of a committee or as a board member. We have eliminated all conflicts of interest and ethical concerns. At the same time, we have no problem honoring our elected officials for their efforts to support our diverse communities. They have earned our support and the community’s support and deserve high praise and recognition.”

Here’s what we know: Now is the time to be politically astute – those you serve are depending on you.

Copyright 2020 – Mel and Pearl Shaw of Saad&Shaw – Comprehensive Fund Development Services. Let us help you find your way through this unknown time. Video and phone conferencing services always available. Call us at (901) 522-8727. www.saadandshaw.com.