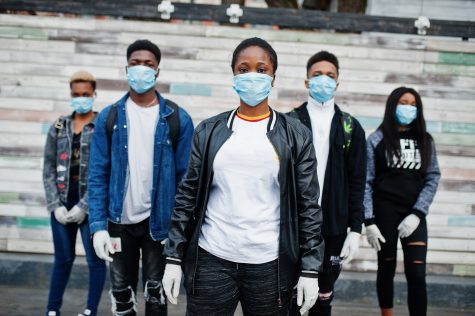 In 1978 a self-proclaimed preacher from San Francisco forced 900 plus people to drink cyanide-laced fruit punch in a mass suicide-murder pact. They were all members of the People’s Temple and they were a religious cult. The cult-leader was Jim Jones and the People’s Temple of San Francisco had recently relocated to a remote compound in the middle of the jungle of the South American nation of Guyana. They called the compound Jonestown in honor of their leader and founder. Although many of the cult leader’s followers voluntarily drank the poison-laced fruit punch, many of the victims were young children and babies who were forced to drink the concoction. Still other followers wanted to leave the cult and were held there against their will and forced by gunpoint to commit suicide along with other cult followers.

Jim Jones and the followers of the People’s Temple have become known as an American tragedy. Many innocent people, including children, were doomed to die when they blindly followed Jim Jones into the jungle of Guyana under the guise of living a better life, with full liberty, equality, justice, and freedom from government control and oversight. Most of those who died in Jonestown were black and brown people.

The expression “Don’t drink the Kool Aid” came to be equated with a person or persons who irrationally, without critical judgement, believe in a doomed and/or dangerous idea. It became synonymous with “blind obedience” or blindly following someone else’s beliefs because you put your faith in the individual person and the charismatic effect that they have on you. Cults and what we call “a cult of personality” have been defined by this description.

Currently, the United States of America is leading the world in both the number of active cases and the number of deaths from the effects of the global pandemic called COVID-19, the Corona Virus. It is incredulous that a nation with the resources, knowledge, science, and access of the United States is leading the world in the millions and hundreds of thousands of people infected, dying, or dead from Covid-19.

From the very beginning when we first learned that the virus had migrated to the U.S., our leadership has been inept and derelict in its duty to inform the public and take care of the health and safety of the American people. First came the self-proclaimed “downplaying” of the disease while pooh poohing its actual legitimacy and potential impact on our lives. Rather than recognizing the scientific facts and data from other countries where the virus had already begun to spread rapidly causing massive fatalities and serious illness, the potential impact was completely ignored and even denied as a valid concern. Covid-19 became a political football and elevated by this administration, as a “Hoax.”  At the same time, it was being promoted as some sort of conspiracy to hurt the president and the president’s political party in an election season. This was both reckless, dangerous, and completely false. It was a conspiratorial narrative, and a fantasy that was created merely for political gain.

The professional recommendations of the leading doctors, scientists, as well as the Centers for Disease Control and Prevention were all but completely ignored by the U.S. government and its leadership. At best, a barrage of “mixed messaging” and confusing strategies were dispatched to both the public and private sectors which increased confusion and only exacerbated the situation. Even wearing a mask as a public service to your fellow citizens in order to protect one another from contracting this deadly disease has become a political litmus test. “Give me liberty or give me death” has never resonated with such morbid TRUTH.

After almost 8- months of NO coordinated federal leadership, we are no better off today than we were when we first began this apocalyptic journey. Over 210,000 U.S. citizens are dead and almost 8 million people have been infected including the President of the United States, the First Lady, cabinet members and many staffers in the White House, members of the U.S. Secret Service, donors, and supporters. Due to the utter arrogance and disregard for the facts in mitigating this deadly disease, we find ourselves STILL on the verge of financial disaster, closed schools and businesses, while we remain distanced from family and friends.

The year 2020 has been, without precedent, a completely life-altering year. Please, be a responsible citizen and wear a mask. Don’t drink the kool-aid!

In case of emergency, who do you call?