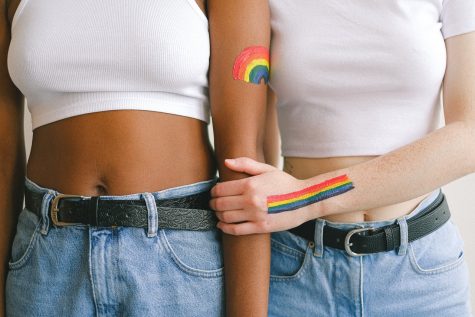 In October 1998, a young white man was severely beaten, tortured, and tied to a fence on the outskirts of Laramie, Wyoming because he was gay. Matthew Shepard, who was a student at the University of Wyoming, died of blunt force trauma, after spending 6 days on life support at  Poudre Valley Hospital in Fort Collins, Colorado. Earlier that year in May of 1998, 3 white supremacists targeted, hunted, tortured and dragged behind a pick-up truck along an asphalt road, an African American man named James Byrd, Jr. because he was black. James Byrd, Jr., according to the coroner’s report, was alive while being dragged for 3 miles until his body hit a concrete ditch on the side of the road severing his right arm and head. The murderers then drove another 1.5 miles before dumping his torso in front of a Black church and cemetery in Jasper, Texas.

Both of these heinous crimes were hateful, murderous acts of bigotry and racism respectively. At the time, there were no laws that specifically addressed these horrific criminal acts as “hate crimes.” Even though the perpetrators were all convicted of murder in each case, their sentencing and ultimate convictions allowed for leniency and or discretion in how judgement was rendered, and punishment enforced. The judicial system and process had no way to address the particular manner in which the violation of the basic human rights of both victims remained unrecognized and unaddressed within the purview of justice and equal rights under the law. After years of public outcry and broad-based activism, in October 2009 the United States Congress passed the Matthew Shepard and James Byrd Jr. Hate Crimes Prevention Act. President Barack Obama signed this legislation into law on October 28, 2009.

Thirty-eight years prior to the 2009 Hate Crimes Law, in 1968, President Lyndon Johnson signed hate crime legislation that made it a crime to use force or threaten to use force  in order to “…willfully interfere with any person because of race, color, religion, or national origin and because the person is participating  in a federally protected activity, such as public education, employment, jury service, travel, or the enjoyment of public accommodations, or helping another person to do so.”  It should be noted that although this law referred to sex as a protected category, it did not specifically protect sexual orientation or sexual identity, making the LBGTQ community a completely unprotected class. In the 2009 reframing and revision of the original hate crime legislation, the law was strengthened by giving prosecutors more tools to work with by enhancing the federal government’s ability to partner with state and local officials in prosecuting these cases for civil rights violations. The Matthew Shepard and James Byrd, Jr. Hate Crime Prevention Act added new federal protections against crimes based on gender, disability, gender identity, or sexual orientation.  This also added and strengthened sentencing guidelines for those convicted of these horrendous murders and attacks.

The arc of the moral universe is indeed long…..as proclaimed by Dr. Martin Luther King, Jr., however, we MUST continue to intentionally bend it towards justice because it is NOT going to bend in that direction all by itself. The recent arrests and charges filed against a gang of white supremacist, anti-government zealots who had planned to kidnap Michigan Governor Gretchen Whitmer, and then put her on trial for treason and possibly hang her, according to media reports, once again reminds us of how entrenched white supremacy, racism, bigotry and discrimination are within the American cultural landscape. That claim that “All Lives Matter” is an absolute LIE and ridiculous on its face for obvious reasons. What kind of nation are we? What kind of nation do we want to be? ALL People are entitled to be considered FULL Human Beings with ALL Rights afforded to that designation in the United States of America!

As a nation that declares ourselves, a Democracy NOT a Theocracy, we better wake up and recognize that our basic freedom and liberty to live freely , to freely be ourselves in this country no matter what God we worship, or do not worship, no matter what race we are, no matter what ethnicity, nation of origin, sex, gender, sexual identity or orientation we are, we are ALL human beings deserving acknowledgement and respect of our humanity, our human rights, and our human dignity. This is non-negotiable! Pay attention America, because we can just as easily slip backwards into darkness if we are not vigilant.

Serve Up Steak for a Special Seasonal Dish